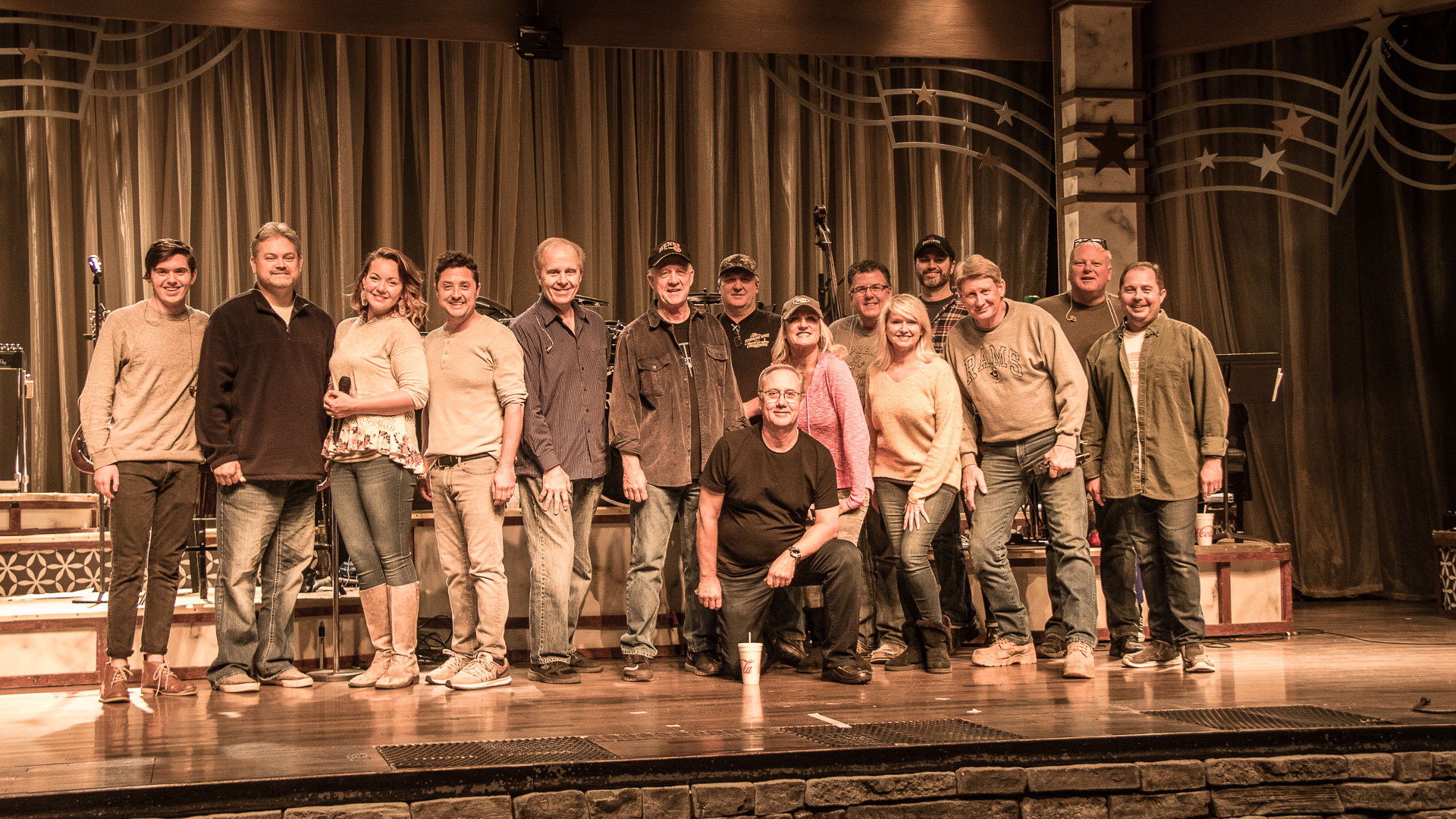 When the Presleys opened the first theatre, on what is now the famed Branson Strip, in 1967, they had no idea that they would be performing in that same theatre 52 years later. Little did they know that their format of combining a mix of gospel, patriotic, and country music with some of the most unique comedy anywhere would achieve iconic status. They could have had no idea of the millions of Branson visitors they would entertain over the years and the lives they would influence.

Presleys had a dream

What they did know was that they had a dream and togetherness. Together, as a family, they reached for that dream. Not only did they achieved it, but they were able to sustain, evolve, and keep it relevant to the changing times and audiences they have been entertaining over the last five decades.

I had a chance to visit with Gary Presley, during rehearsal on March 6. He said that although the basic format doesn’t change from year to year, that the music and comedy content of the show does. He said, “We add new music and comedy every year to keep the show fresh, relevant, and exciting.” Gary attributes a large part of their success over the last 52 years to their ability to blend the new material in with the audience favorites that they expect to see or hear when they come.

When asked what his favorite music in the show this year was Gary said, “It may sound corny, but I like it all.” Actually, having seen the show many times over the years, it really didn’t sound corny at all. He did say however, that he particularly likes Devonna Wickizer’s new number, “Jump Jive An’ Wail,” an update on the 1956 jazz swing song by Louis Prima.

In 1967, when the Presleys performed their first show in the theatre, a 20 year old Gary Presley, was doing his unique comedy routine as “Herkimer” and a 10 year old Steve Presley, using a tree stump as a stool, was playing a snare drum. As Presleys’ Country Jubilee takes the stage for the opening of its 2019 Season, Gary and Steve Presley, as they have done continuously since that first performance 52 years ago will join their family and cast and do what they love to do, entertain. Branson audiences will again be able to see why it’s one of Branson’s most popular shows and experience a show that is the epitome of what Branson family entertainment is.

During an interview, Steve Presley said, “When we built the theatre in 1967, we built it with a flat floor and big double doors in the backside. We didn’t know how the business would do so Dad and Gary had the thought that, ‘Well, if it doesn’t work as a theatre, we can always use it for boat storage.’” Well, it has worked really well as a theatre for 52 years now, and as Lloyd Presley once, smilingly said to his sons, “Tell you what…we never had to store any boats in the theatre, did we boys?” To that, as the Presley family starts their 52nd year of entertaining Branson audiences, this writer would respond, “No sir, not a one!”

For Presleys’ ticket schedules and pricing click here. For other information for Presleys’ Country Jubilee call 417-334-4874 or visit www.Presleys.com.