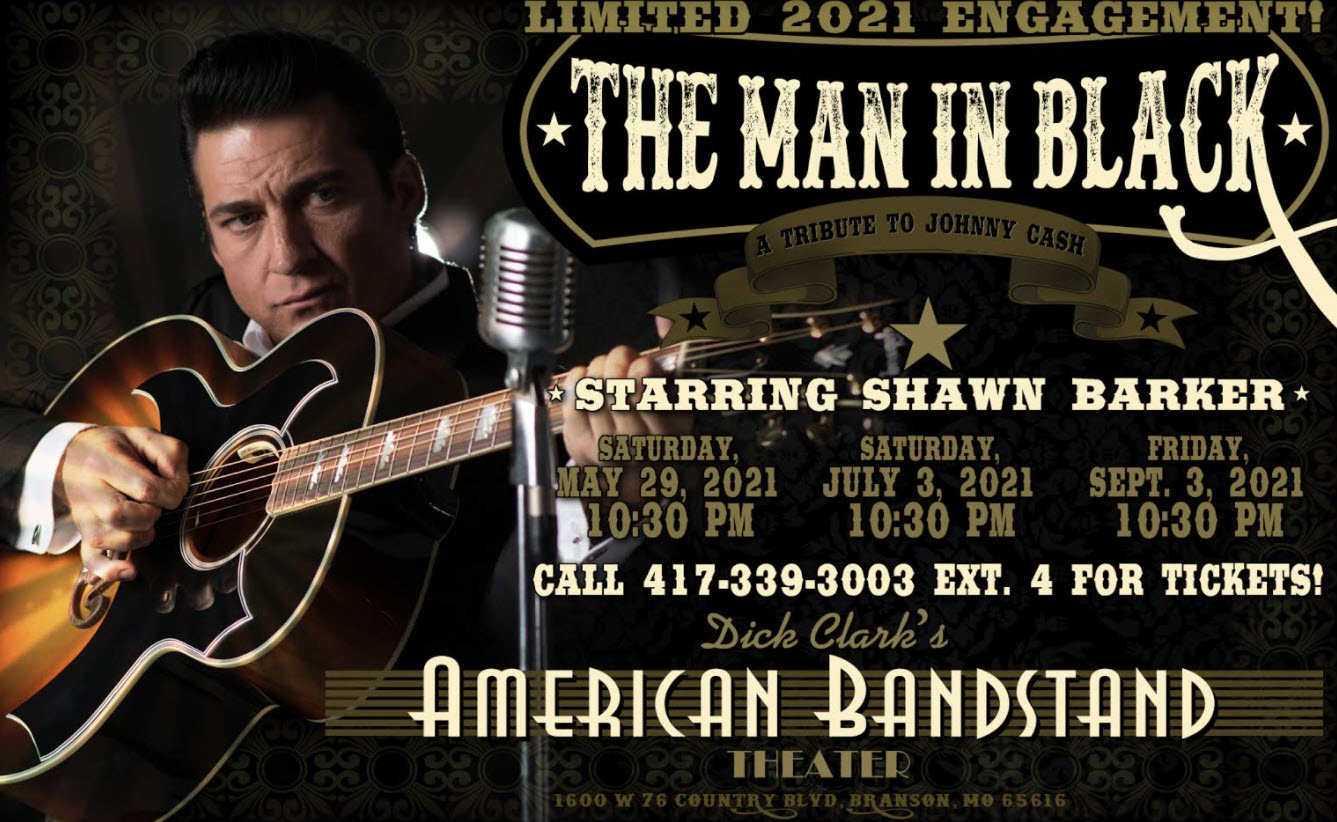 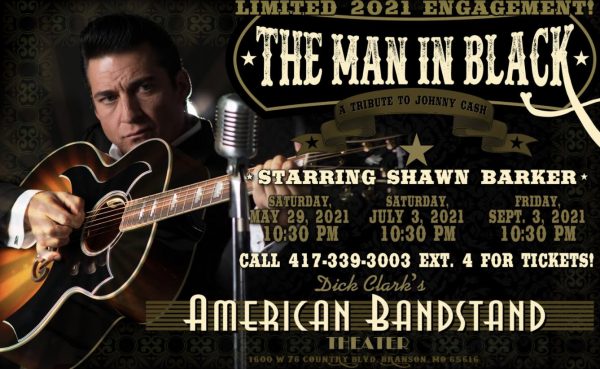 With his striking resemblance, spot on mannerisms and baritone voice, Shawn Barker embodies the character and spirit of Johnny Cash. Shawn’s tribute to Johnny Cash is an accurate and energetic recreation of an American music icon. This show brings the legend back to life onstage for the fans of today and the next generation.

Performing all over the world, including Australia, Europe, Canada, and the United States, we’re excited to bring this unmatchable tribute show, “The Man in Black”, to Branson!

Call 417-339-3003 for tickets and information or visit www.legendsinconcert.com/branson.

About Legends in Concert

Celebrating its 37th year, “Legends in Concert” is a live musical celebration featuring the world’s greatest celebrity tribute artists. The product is owned and operated by Las Vegas based On Stage Enterprises. Widely recognized in the entertainment industry as the original celebrity tribute show, “Legends in Concert” has not only performed throughout the United States, but the show has traveled to 15 countries on five continents, entertaining more than 30 million fans. It currently operates numerous fixed-based, touring, limited-term and private engagements throughout the world. In addition to Las Vegas, Legends in Concert is presented year-round in numerous cities including Atlantic City, Branson, Coastal Alabama, Foxwoods, Long Island, Myrtle Beach, Niagara Falls, Melbourne, AU, on the high seas onboard the Norwegian Pearl and Waikiki.  For more information: LEGENDSINCONCERT.COM