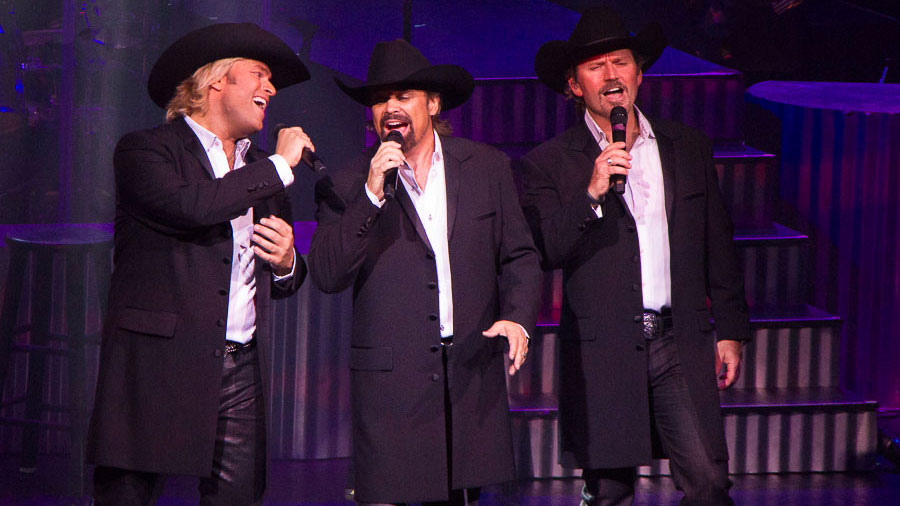 Over 100 million people from around the world watched The Texas Tenors launch their career as the took took fourth place in the overall competition on the hit NBC prime time show “America’s Got Talent in 2009. And what a career it has been since! Don’t miss the chance to see The Texas Tenors perform live,  at the Andy Williams Performing Arts Center in Branson, Missouri this fall. The Emmy Award Winners & Billboard #1 Recording Artists will be performing two very limited engagement performances in October and November 2018.

“The Texas Tenors Rise Tour” returns to Branson for a seven performances on selected dates between October 16 and October 25. This one of a kind concert will features music from their #1 Billboard album “RISE”and selections from their hit PBS special “RISE”. From iconic music of John Denver and The Righteous Brothers to classical, pop, country, gospel, patriotic, and Broadway – including a stunning show-stopping tribute to one of the most popular musicals of all time – “Les Misérables,” this show has something for everyone.

Deep In The Heart of Christmas

They return to Branson for an eight performances of their “Deep In The Heart of Christmas” show during Ozark Mountain Christmas on selected dates between November 2 and 15th. This celebration of the Christmas spirit integrates their breathtaking vocals with dancers and singers, a Christmas choir, and many of magical characters. It embraces the spirit of a traditional family Christmas while incorporating   amazing production, special effects, and visuals making it a special Christmas entertainment experience that the whole family will enjoy.

Because of the relatively few performances of each of these shows it is recommend that tickets be purchased in advance. This will ensure not only availability, but the best choice of seats. That is especially so for their “Deep In The Heart of Christmas” performances, which are during Veterans Home Coming Week and the start of Ozark Mountain Christmas, two of the busiest weeks of the year.