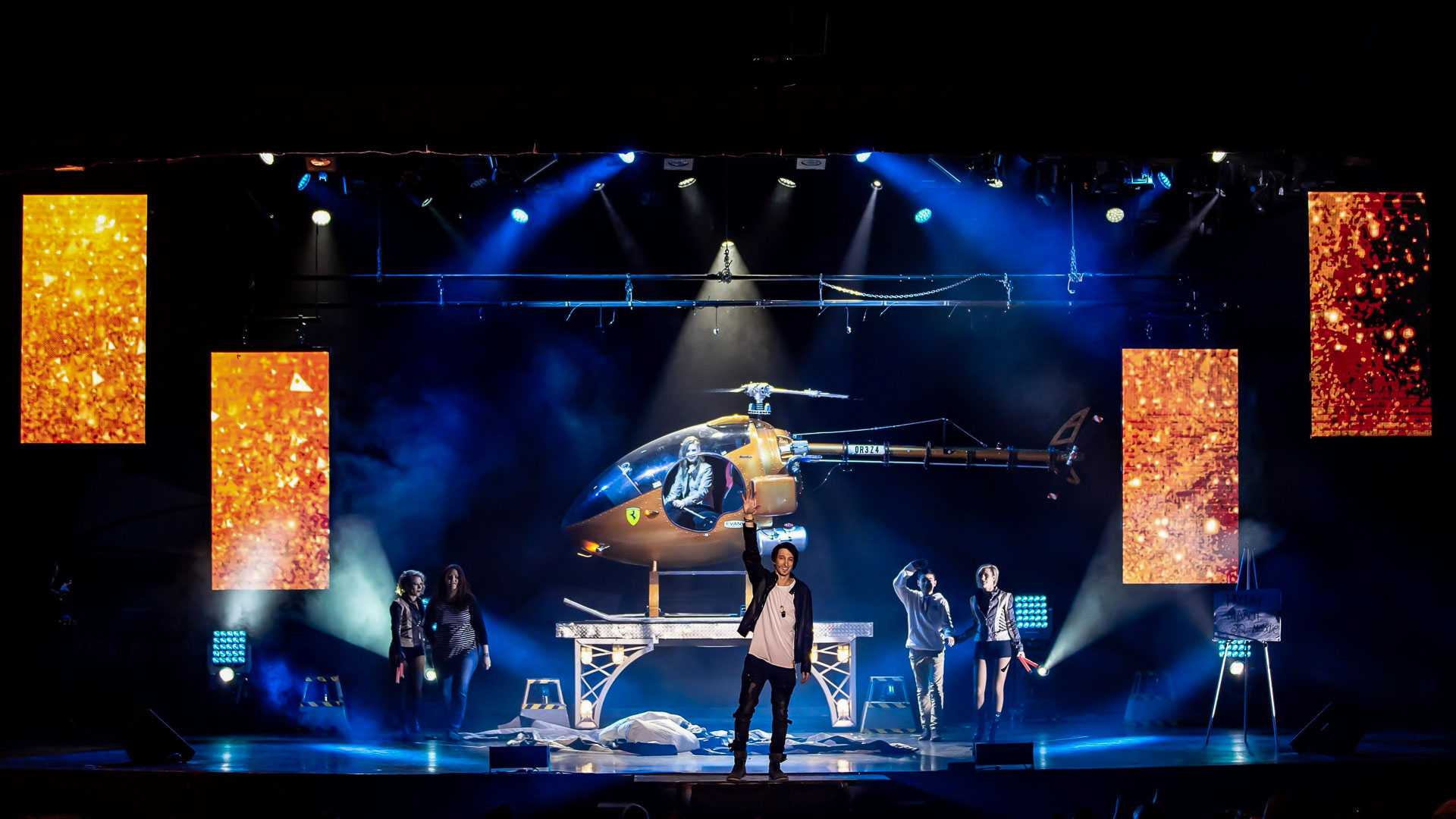 Reza, with his boyish good looks, is a laid back performer, no frantic antics on stage, just showing off his mastery of illusions. His interest in illusion and magic began at age 7 after seeing a performer in Branson and then getting his first magic kit.By age 14 he was performing at resorts and large corporation events all across the Midwest. Today, Reza is one of the fastest rising stars in the world of illusion with a large, worldwide fan bass.

Not only does he perform the illusions you can see in other shows, he creates his own signature grand scale illusions. The rock music, props and stage lighting only add to the mystery of his illusions. Reza’s interaction with the audience is a big part of his show. He comes front and center and talks with the people, quite often getting kids and adults on stage to help with his illusions. There’s always lots of kids in the audience, but also even more older people which goes to show that his performance is for everyone. He does everything from the familiar card tricks to making a helicopter appear on stage in the blink of an eye.

Reza travels the world with his touring show and appears on TV in such shows as Duck Dynasty and Penn and Teller: Fool Us. By the way, he didn’t fool Penn and Teller but they were quite impressed with his different take on the card trick he presented to them. He has come a long way from his childhood in Brookings, South Dakota, where he did magic tricks as a child to becoming a world-class magician with his own illusion show.

I must also mention here that he has an assistant called “Ziggy” whom I have known since he was a little boy. I was quite surprised and impressed with his turn on stage as a fire-eater. Good job, Ziggy!

This is a really entertaining show that you should take time to go see. REZA Edge of Illusion is appearing at the Branson Famous Theatre located at 645 Hwy. 165.  He does 2 or 8 p.m. shows and you can call 417.231.4999 or visit www.RezaLive.com for exact dates and times and to reserve your tickets.