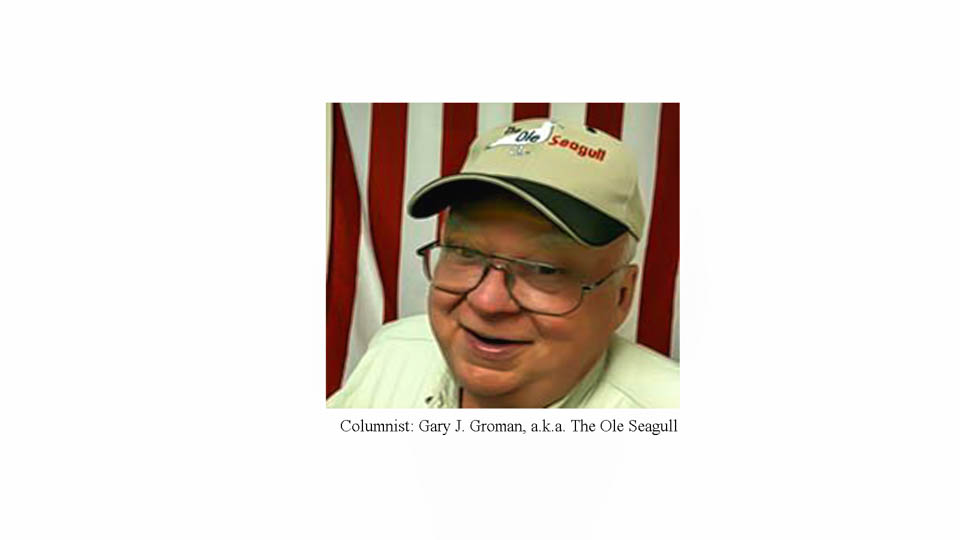 In one of his first public speeches, his 1838 Lyceum address, a young Abraham Lincoln warns about what could destroy our country. He said, “At what point then is the approach of danger to be expected? I answer, if it ever reach us, it must spring up amongst us. It cannot come from abroad. If destruction be our lot, we must ourselves be its author and finisher. As a nation of freemen, we must live through all time or die by suicide.”

Now ten years later, at age 80, he recognizes it even less, and an Ole Seagull wonders if Lincoln’s warning is coming to fruition. For what it matters, here are some of the reasons for his concern:

Lack of Honesty in Leadership: Most of today’s politicians just flat lie and say and do whatever they have to do to get reelected. They are “Poly,” many, and “ticks,” blood-sucking insects. In an Ole Seagull’s mind, they represent just three things taking money from those who have fairly earned it and redistributing it to others who have not, getting reelected, and remaking America into a form of government our Forefathers would not recognize.

Illegal Aliens: Our government treats illegal aliens, over 11 million-plus, as other than lawbreakers, even giving them the benefits of a system that American taxpayers are paying for, such as medical care, education, and even voting in some cases. For what it’s worth, an Ole Seagull believes that the only benefits an illegal alien should receive are those necessary and directly connected with providing the health care, sustenance, and travel assistance essential to sending them back where they came from as quickly as possible.

On the other hand, legal aliens or those immigrants from other countries who have become American citizens through the legal process should receive all the rights the law allows.

Unsecure Borders: Two above serves in solemn testimony to that fact, but in addition, how many illegal drugs come across the Mexican border each day? Does it take a Solomon to figure out that if illegal aliens and drugs can get across our borders, terrorists and the materials and equipment they need can too?

Forsaking Its Christian Heritage: The Christian foundation upon which this Nation stands is a matter of history. As our Nation’s people turn their back upon the God who gave it life and His blessings and make the government their God, it will reap the folly of that mistake and continue paying the price. Indeed, the Ole Seagull believes that our Nation is beyond the point where it can save itself and that it will take the hand of a gracious, loving, and forgiving God to sustain and restore it.