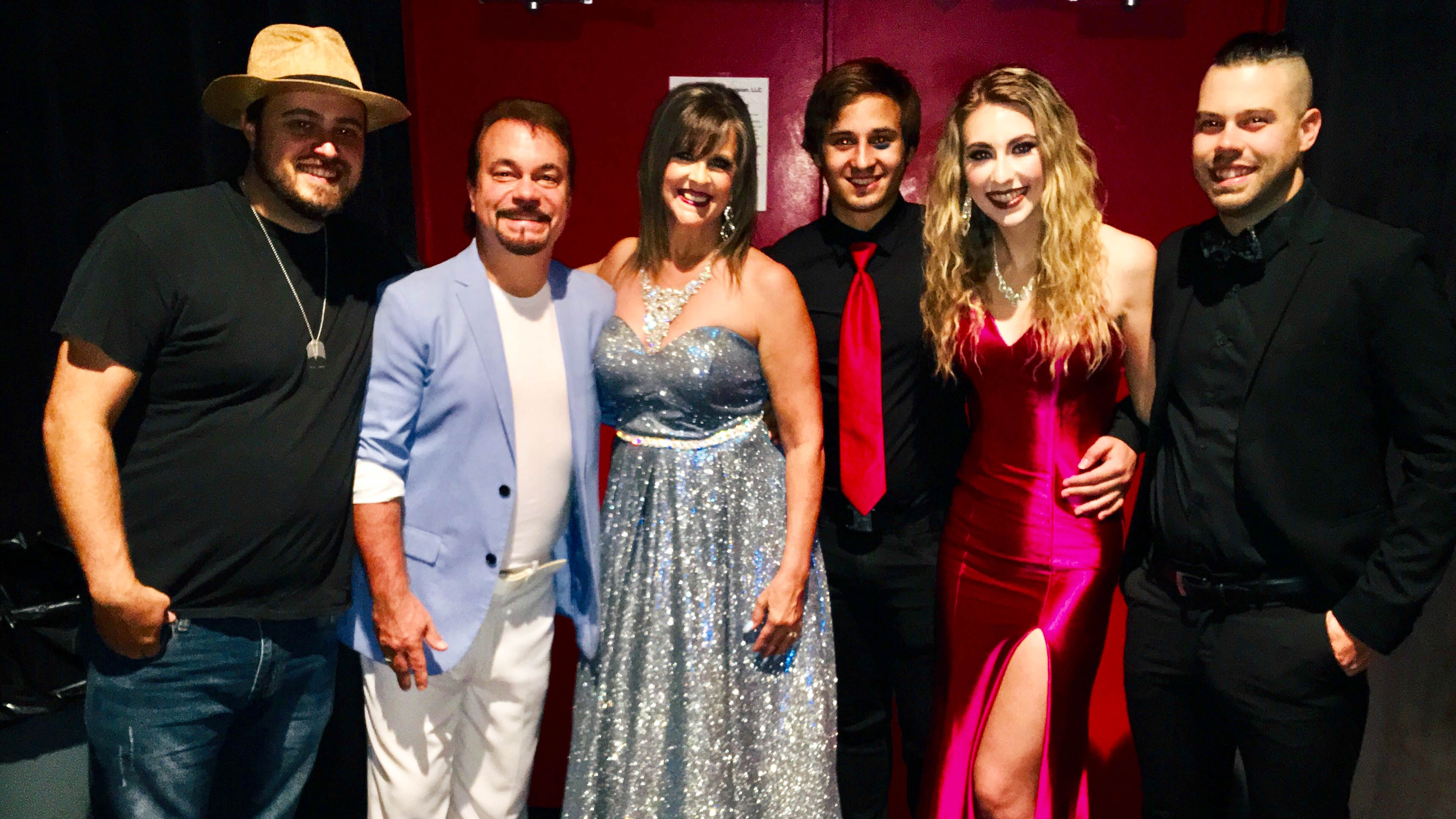 Cox Branson nurse manager Cheryl Gabriel is the queen of the quick change – switching from hospital scrubs to a sequin gown each week as she strives to balance work and family.

“I never imagined when I was a little girl singing into my hairbrush that I’d be able to have both of my dreams – performing on a stage and being a nurse,” says Gabriel, who has been married to long-time Branson entertainer Doug Gabriel for almost 37 years. “I truly do have the best of both worlds!”

Gabriel’s nursing career began in 1987 when Cox Branson was still Skaggs Regional Medical Center. “There were dirt roads, and there was no Outpatient Center or Inpatient Tower. “It was a lot simpler back then.”

Gabriel was an LPN working on the skilled nursing unit at the time but had hopes of becoming an RN. The hospital paid for her to go back to school. She received her RN diploma in 1991, six weeks after having her first son.

By 1994, Gabriel was the charge nurse in outpatient surgery and had two small boys.  That’s when balancing motherhood with her career got a bit tricky.

“Doug started his show that year and asked me to be a backup singer,” she says. “So, I would work here at the hospital, run to the show to do my songs, then come back to work. After I did that for a month, I realized I couldn’t do both. My kids were just too little.”

Gabriel quit the hospital to join her husband on stage full time. For the next 15 years, her family performed for thousands of people, but in the back of her mind, she missed healthcare.

“I craved the feeling I got taking care of patients, plus our insurance got so high being self-employed that I knew I had to go back to work,” she says. “My husband asked if I thought I could do it. I said, ‘You just watch me!’”

Returning to nursing in 2009 after such a long absence caused some stage fright for Gabriel, who says she was nervous because so many functions in the medical field were now automated. “Turns out, Skaggs had just switched to computers, so I got to learn at the same time as the nurses who had never left,” she says. “I was able to pick it right up, and, because I was older, I wasn’t afraid to reach out for help.”

Hospital leaders quickly noticed her strong work ethic and positive attitude and asked Gabriel to become assistant nurse manager on the post-surgical floor. Before accepting the job, she made sure it would be a good fit for her family.

“I told them I didn’t think I could do it if it meant giving up time with my family,” she says. “Then I realized on the days I do my morning show, I could work the evening shift and get to know my team who works later, so they don’t feel left out.”

Right now, the Gabriels perform three shows a week, but will soon go to six days a week as the fall tourism season ramps up.

“I’m in a groove now and have found my rhythm,” she says. “The hustle is so worth it to me to live out my two dreams alongside all the people I love the most.”

Amid the shuffling of show schedules and hospital workload, Gabriel found time to complete her Bachelor’s degree a few years ago. She recently accepted the position as nurse manager for the Acute Rehab Unit and Adult Psych Unit at Cox Branson.

“It’s almost like I’ve come full circle because the two units I manage now are in the exact location of the hospital of the former units where I started almost more than 30 years ago. That’s such a neat feeling.”

Work-life is hopping, and her family’s show is still going strong after more than 25 years. She and Doug’s three children perform alongside them. Their oldest son Josh is the drummer, their daughter Jasmine sings,- and son Jordan is the comedian, who was just named “Comedian of the Year” at the Terry Music Awards.

Looking back at her careers in music and healthcare, Gabriel recognizes some similarities between the two. “Both truly can change lives,” she says. “People remember the small things you do to make their life better. Whether it’s a special song or a tender moment at their bedside, knowing we can touch someone’s life is just the greatest feeling in the world.”

[Editors Note: For information or tickets for the Doug Gabriel Show please visit their website.]