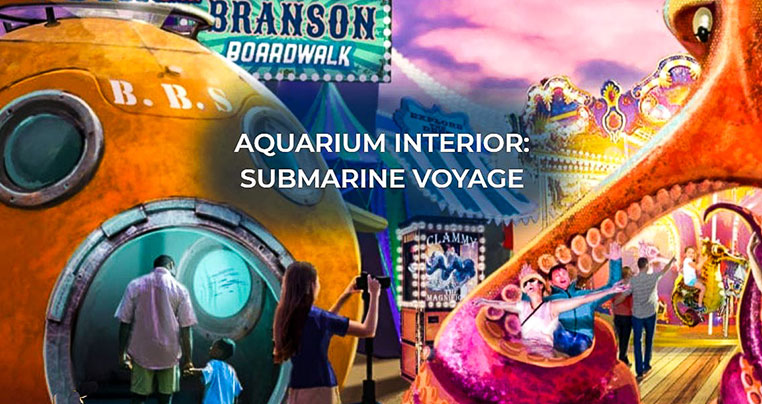 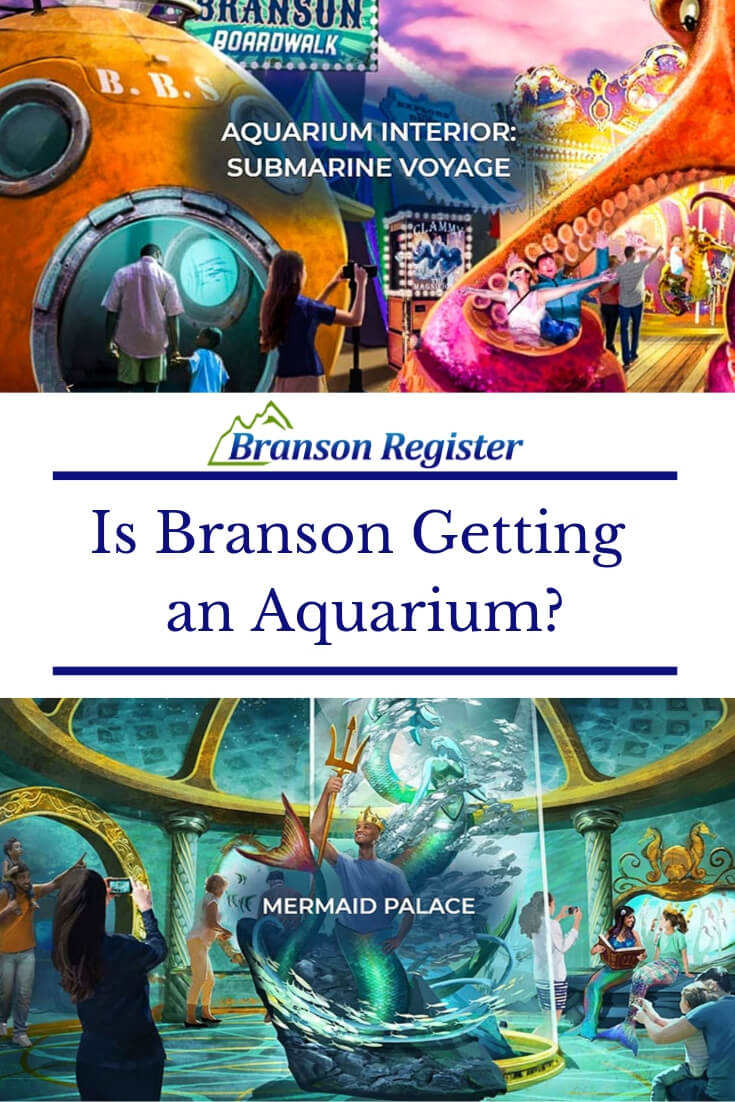 If the plans announced Thursday, August 23 come to fruition, a unique aquarium will be added to the List of Branson Attractions for visitors to enjoy. The proposed plans calls for a 46,000 square foot facility to be called “Aquarium at the Boardwalk” (Aquarium). It will be built by Kuvera Partners, the owners of “Grand Palace” and the Hollywood Wax Museum Entertainment Center in Branson, by a related entity, “Branson Entertainment Center – Branson, LLC (BECB).

The Aquarium is planned for the northwest corner of the Grand Palace property near the middle of the famous Branson Strip. “Redeveloping the Grand Palace site with an Aquarium is – without a doubt – the most impactful way to reactivate this key section of the Highway 76 [Branson] Strip,” said Kuvera Partner Tej Sundher. “Aquarium at the Boardwalk” will be focused on fish and fun. Right at the start, we’re creating the atmosphere of a classic boardwalk and then taking you under the sea to explore and play and get great photos, along with enjoying spectacular views of a wide variety of sea animals,” he added.

It’s website describes some of the things that are planned to make it unique and fun for its visitors. Among them is the “Mermaid Palace.. a magical underwater Palace where heroic Mermaids safeguard the sea…Their lovely fortress has been designed for you to enjoy tales of the deep with a real live mermaid. Plus, take in the mesmerizing sight of schooling fish, seahorses, and butterfly fish.” Another is the “Jelly Fish Climber and Aquarium Slide” where youngsters get to scale a replica of the ocean’s giant jellyfish – a “Sea Nettle” on “their self-directed adventures inside a 14-foot, net-enclosed climber and “whoosh down the slide through a swarm of spiny Lionfish!” Some of the other planned activities include the “Journey Through The Waters Tunnel,” “Amazing Rays,” a “Touch Pool,” “Coral Reef” and more.

It’s is not a done deal!

Although Kuvera’s BECB has been working with the city of Branson and others on the plans and financing for the Aquarium for some time, no final commitment to proceed has been made by either BECB or the City. In early July of this year, the city entered into a Preliminary Funding Agreement with Branson Entertainment Center – Branson, LLC for the redevelopment of the Grand Palace property.

BECB purchased the 13.258 acre parcel in the fall of 2014 for a reported $2.7 million from the Federal Deposit Insurance Corporation. Since then they have “been studying the best use for the highly-visible property at the center of the Branson Strip.”  Tej Sundher said, “We are thrilled to finally be able to reveal our vision of bringing Aquarium at the Boardwalk to the Branson community…Three years ago, even I would not have guessed that this is the direction we would go, but an aquarium tested best by far in consumer research, and we are really excited about what we’re proposing to offer.”

No TIF no Aquarium?

In announcing their plans, Kuvera said that special legal counsel and financial advisors to the City of Branson are conducting a review of the project to see if it “qualifies for tax increment financing [TIF] needed for Kuvera to green light the Aquarium.” It went on to say that if the city approves the TIF that “Kuvera has the rest of the financing in place to begin construction immediately and open in March of 2020.”

The Branson Chamber of Commerce & CVB’s CEO Jeff Seifried said, “Our research tells us that an aquarium is the top choice to attract new visitors. We believe that Kuvera’s team of experts and experience in this community will make this a successful project that is good for Branson. It is gratifying to see that this longstanding Branson business believes in the future of Branson and wants to continue investing in a big way.”