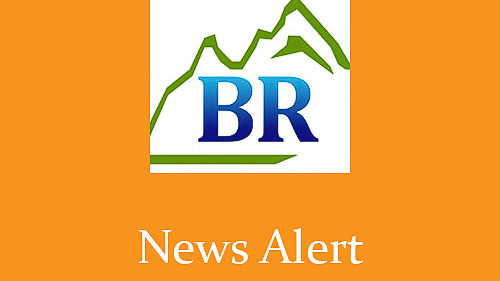 Taney County voters will be voting on modifying the county’s Law Enforcement Sales Tax (LEST) in the April 2 Election. LEST is a retail sales tax of one-eighth (1/8) of one percent, originally approved by Taney County voters in Nov. 2005. It’s stated intent was the building of a new county jail and court facility. It was set to expire in 2022.

If voters approve the modification, two things will happen. The first is that the tax will increase from the current one-eighth (1/8) of one percent, originally approved in 2005, to three-eighths (3/8) of one percent. This would increase the amount of the tax currently paid on $10,000.00 of applicable retail purchases from $12.50 to $37.50 or 200%. The second is that there would be no expiration date, “sun set,” provision, for the tax.

Taney County Uses Judicial Remedy to Get Tax on Ballot

That Petition, contained an “Order of the County Commission of Taney County, Missouri [Order] dated Jan. 31, 2019, as Exhibit A. It asked for permission to “make late notification to the local election authority, Donna Neeley, Taney County Clerk” for the Apr. 2 election. That permission was granted in an Order signed by Judge Jeffrey M. Merrell on that same date.

The commission’s Order points out that the current LEST of one­ eighth of one percent pursuant “is set to expire on Dec. 31, 2022.” The Missouri law authorizing the imposition of the LEST states that “in no event shall a proposal pursuant to this section [67.582, RSMo.] be submitted to the voters sooner than twelve months from the date of the last proposal.” Should the tax fail in April of 2019 that would permit a maximum of two more tries before the tax expires on Dec. 31, 2022.

Brandon Williams, Taney County Western District Commissioner said, “The proposal was placed on the ballot to provide the funding necessary to meet the increasing costs for running the Sheriff’s Department, the jail, and juvenile and prosecutorial services.” The commissions Order of Jan. 31 contains the proposal and proposed ballot language. It orders the submission of the following ballot question to the voters:

“Shall Taney County repeal the existing countywide sales tax previously authorized for law enforcement services under § 67.582, RSMo. of one-eighth (1/8) of one percent (1%) and impose a countywide sales tax under§ 67.582, RSMo. of three-eighths (3/8) of one percent (1%), for the purpose of providing law enforcement services for the county, including providing funding to support current and future capital improvements, equipment and operations of the Sheriff’s Department and Jail, Prosecuting Attorney’s office, and Juvenile office?”

The Ballot Question, if approved by the voters, repeals the current LEST of one-eighth (1/8) of one percent (1%). It imposes a new LEST of three-eighths (3/8) of one percent (1%) and contains no expiration date. It also specifically provides that the tax proceeds may be used for the purposes “of providing law enforcement services for the county, including providing funding to support current and future capital improvements, equipment and operations of the Sheriff’s Department and Jail, Prosecuting Attorney’s office, and Juvenile office.”