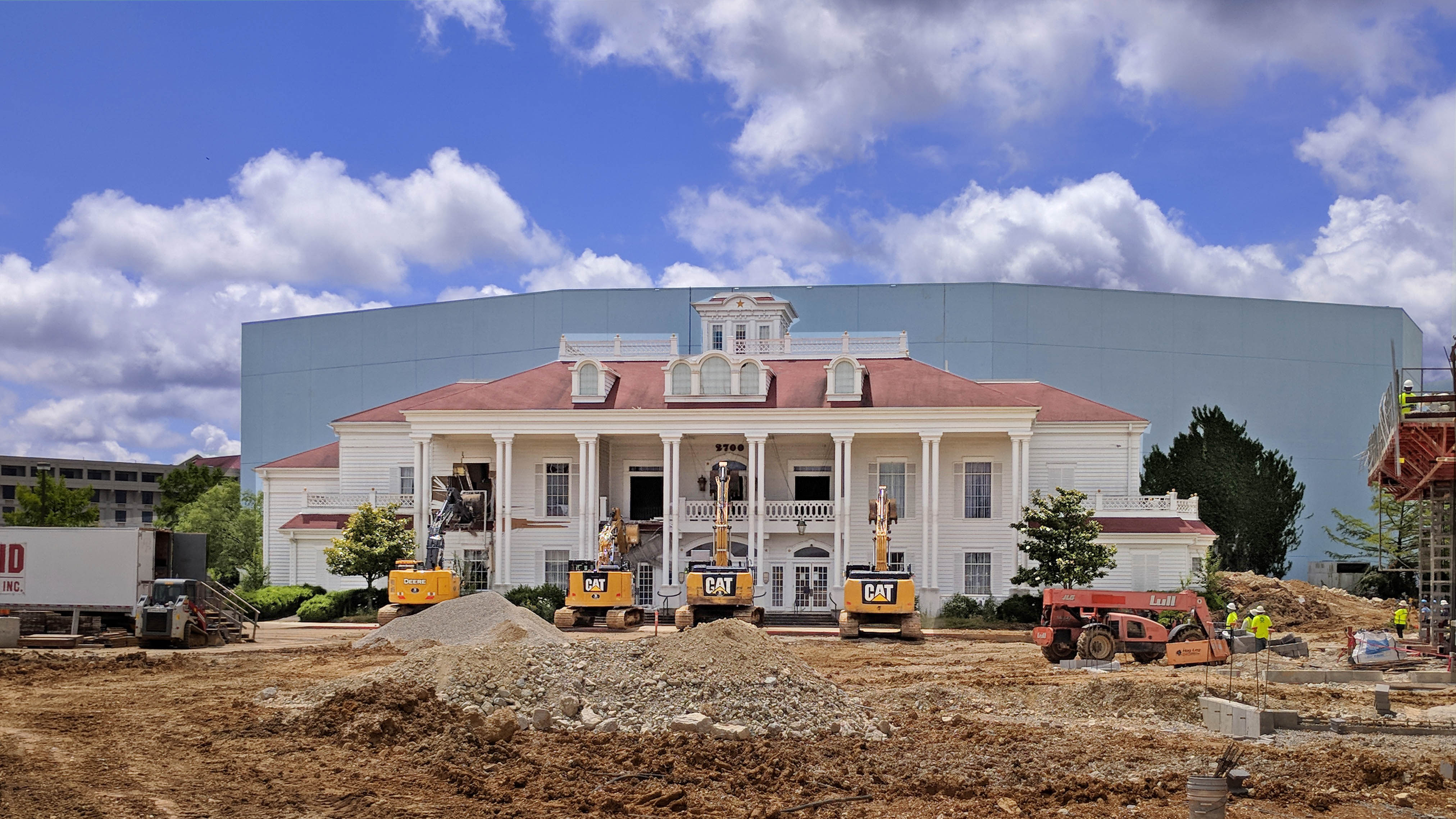 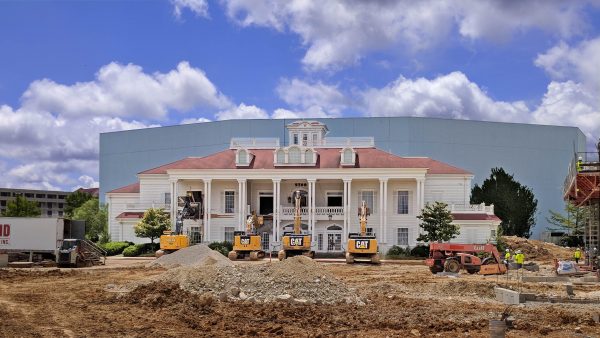 The “final act” closes on the Grand Palace as the demolition of its iconic facade  starts on June 18, 2019. The demolition is part of the rehabilitation and transition of the property into “Branson Boardwalk,” a $51 million aquarium project being built by Kuvera Partners and scheduled to be opened in the summer of 2020. Originally named “Aquarium At The Boardwalk,”the new name was announced by Kuvera Parter Tej Sundher during a tour of the Branson Boardwalk on June 18, 2019. The grey auditorium structure will remain for possible use during later phases of the project.