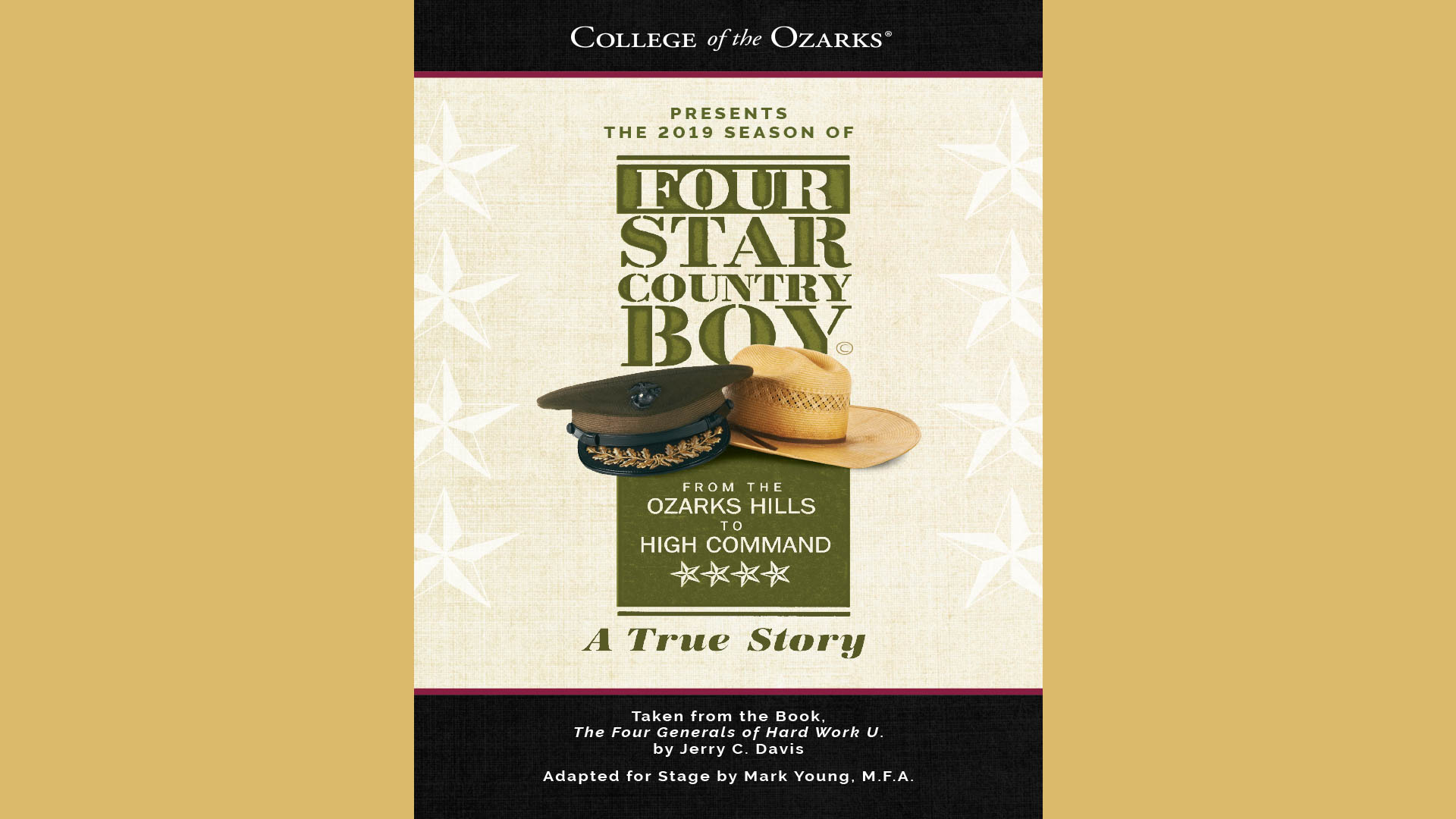 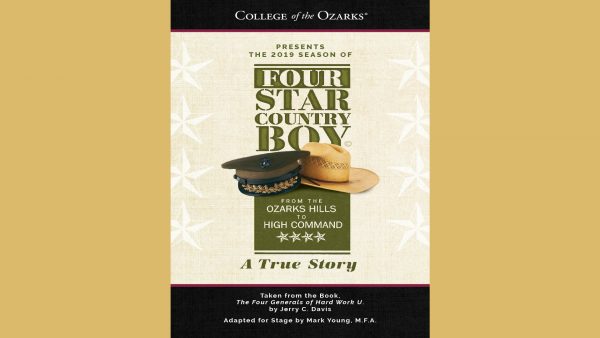 Authored by: Colton Young, Public Relations College of the Ozarks

Beginning Oct. 1, College of the Ozarks will present “Four Star Country Boy: From the Ozark Hills to High Command,” an inspirational play depicting the life of one of Hard Work U.’s alumni success stories. The play is based on the life of United States Marine Corps General Terrence R. Dake, an Ozarks boy with humble roots who served his country and rose to the upper echelons of military leadership. The play is produced and performed by students at College of the Ozarks.

The showing of a patriotic play is a fall tradition at College of the Ozarks. Performances are free and open to the public. Tickets are not required; seating is first-come, first served.

Mark Young, professor of theatre and director of the production, derived the play from the book, “The Four Generals of Hard Work U.,” written by President Jerry C. Davis.

“The play will impact the audiences through a variety of themes, including laugh-out-loud humor, our compelling need for a sincere faith, the significance of true patriotism, the romantic tenderness of love, the respect that accompanies honor and duty, as well as the strength tied to close family relationships,” Young said.

This year’s play will feature a talented cast of College of the Ozarks students, props including an on-stage helicopter, and digital projections to enhance the live action on stage.

“God guided Dake throughout his many life achievements — from flying helicopters during the Vietnam War, to piloting Marine One for President Ronald Reagan, to serving as the operations officer of the 3rd Marine Aircraft Wing during Desert Storm,” Young said. “The audience will experience the astonishing ‘grass roots’ success story of one of the College’s most notable alumni.”