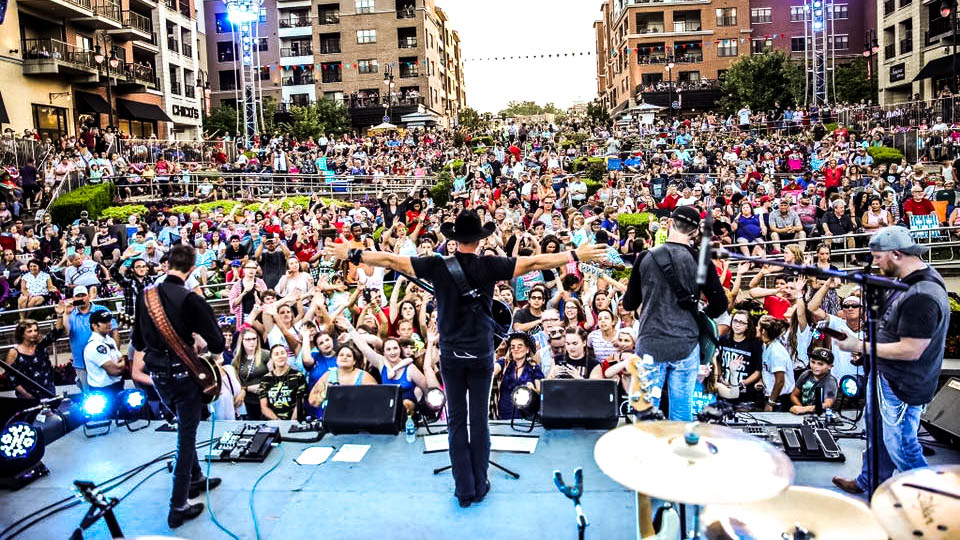 When Jason Pritchett came to Branson from Independence, Missouri in 2002, his goal was not only to pursue country music but to “put western back in country and western.”

He has been a finalist on America’s Got Talent (second season, 2007) and was the music director for country recording artist Billy Dean. During his time with Dean, he first got the opportunity to fulfill his life long dream and play on the Grand Ole’ Opry.

After spending seven years with Dean, Pritchett got the opportunity to step out and front the band “Steel Horses,” and sign with Dean’s label BDMG in 2015.

The first week his song “Good Show,” which he co-wrote with Billy Dean, was released it topped out on the music charts at #16, making him the highest-debuting artist in 2017. It earned him “Red Carpet” status at the CMA Awards in Nashville, TN.

Since then he has recorded several other songs, that received excellent reviews, and six of his songs made it to the music charts. His latest song, “American made“ has only been on the charts for five weeks. He recently released a new five-song EP that is five spots away from being in the top 40.

“Our latest album was recorded in Nashville and debuted at number five on the top iTunes charts,” he said. “I have traveled over 10,000 miles this summer playing shows all across the country.”

The back story begins when Pritchett was a Professional Rodeo Cowboys Association (PRCA) ranked bull rider in high school, but his passion was singing country music and playing guitar. Throughout his 17 years in Branson, Pritchett has performed in many shows and has made many lifelong friends.

His first Branson show was in ‘Echo hollow Jubilee’ at Silver Dollar City, where he met Scott Leven.

“We shared so many awesome memories singing together that year and he has been one of my very best friends since,” said Leven. “Jason has always had a love for country music and a passion for entertaining. It’s so much fun to see him pursuing his dream. With his talent and drive the sky is the limit.”

Jason Robinson met Pritchett because his ‘Stuck in the 70s’ dance partner was Robinson’s (then) fiance.’

“Jason’s passion shines through,” Robinson said. “He’s a guy that lives out his core values. They’re not just lyrics of for entertaining crowds. It’s not just a performance he’s expected to give. With each lyric composed or note belted out, you are getting a glimpse of a guy who is living his life both authentically and honestly.”

When asked if being a finalist on America’s Got Talent in 2007, where Simon Cowell took him aside and said “you are a star,” changed his life at all he said, “Not really. It was a cool experience though.”

Pritchett met his wife Desta during a show league softball tournament. She is a performer and has also been a cast member in Branson shows. They married in 2009 and have three children. She will sing a duet with her husband on the road occasionally.

“Jason is the hardest working man I know,” Desta said. “He adores his kiddos and plays hard with them and loves even harder. He loves big and he dreams big, and as far as his dream, he is making it happen daily.”

Pritchett not only performs on stage “Steel Horses,” he produces his show, drives the bus to the gigs, sets up, runs the sound check, sets up his merchandise and, according to Desta, delivers a 100% high energy show. He then loads up and drives to the next gig.

“We know God has placed this talent and dream in his heart,” said Desta. “It’s been fun and an honor to be by his side to watch it unfold.”

When asked if he has plans to attend the CMA Awards this year, Pritchett answered, “That’s the plan.”