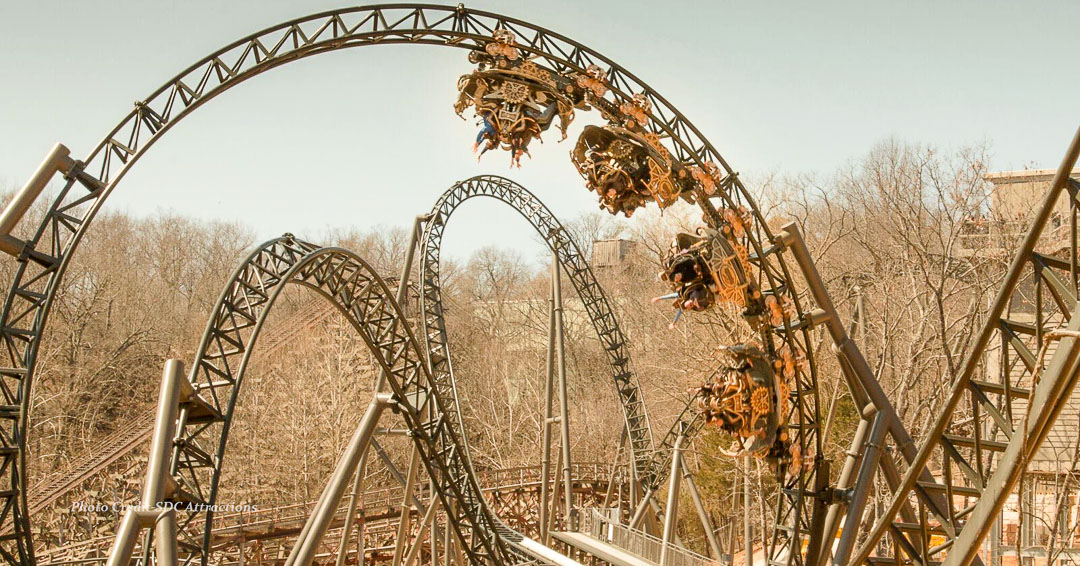 One of the things that keeps Branson, Missouri relevant as one of America’s top travel destinations is the way it keeps fresh by constantly adding and refreshing things. Some are subtle like the changes Branson’s live shows make to their shows between seasons. Others are more obvious such as the addition of new shows, attractions, and activities.

Except for the Snowflex Tubbing Hill, which opened late in the 2017 season, here’s a list of eight things most Branson visitors will find new in 2018:

New Show- Sight and Sounds Samson: Another biblical spectacular presented as only Sight and Sound Theatres can do it complete with live animals, lavish sets, amazing special effects and a talented cast of dozens, all presented on a 300 foot surround sound stage. See the story of Samson, the original super hero, come to life as he defeats entire armies, slays lions, loses his power as he falls to temptation only to find redemption through faith in God’s grace, regain his powers, and literally “bring the house down.”

New show- Showboat Branson Belle‘s Main Show: This all new 2018 show, except for specialty cruises, is the same for all cruises and featureing magic; comedy; live music from the 70s to today, performed by a talented group of singers; and a 4-piece band. Relive great soundtrack movie moments to get a throwback journey to the days of Ghostbusters, Risky Business, and the Titanic; plus, the excitement and spectacle of the Showboat’s Deckhands, presenting their very own brand of “nautical percussion.” Of course, the new show is only part of the total Showboat Branson Belle experience along with a delicious meal and a beautiful relaxing cruise on Branson’s pristine Table Rock Lake aboard an authentic paddle wheeler.

New Show– Blue Grass Remedy: Featuring Kari Garrison, this morning show will get your day off to a great start with its unique style, combining the authentic traditions of bluegrass with touches of contemporary music. Featuring “foot-tapping songs from Ralph Stanley, Earl Scruggs, Lester Flatts, Bill Monroe,” and more, this show is delightful entertainment and reminiscent of a simpler time.

New Ride– Snowflex Tubing Hill at Wolfe Mountain: Although not new in 2018, it opened late in the 2017 season, it’s the largest synthetic snow tubing hill in the united states, is located at the Branson Zipline at Wolfe Mountain, and is an amazing year-round attraction making use of the high-performance snow sports surface Snowflex®. The Snowflex Tubing Hill provides an exciting “winter snow like” tubing experience throughout the spring, summer and fall. It enables as many as eight tubers to travel down its 400 x 60 foot slope simultaneously amidst a beautiful Ozark Mountain setting to providing safe thrills, excitement, and adventure for virtually all ages.

New Attraction- America’s Fun Park: Under construction and scheduled to open in May of 2018, the park is billed to have a Midway, Rides, Carnival Games, and a Food Court. Located near the east end of the Branson Strip, admission to the park is free, but “armbands” to ride are scheduled to cost $20.00 for adults and $14.00 for kids 11 and under.