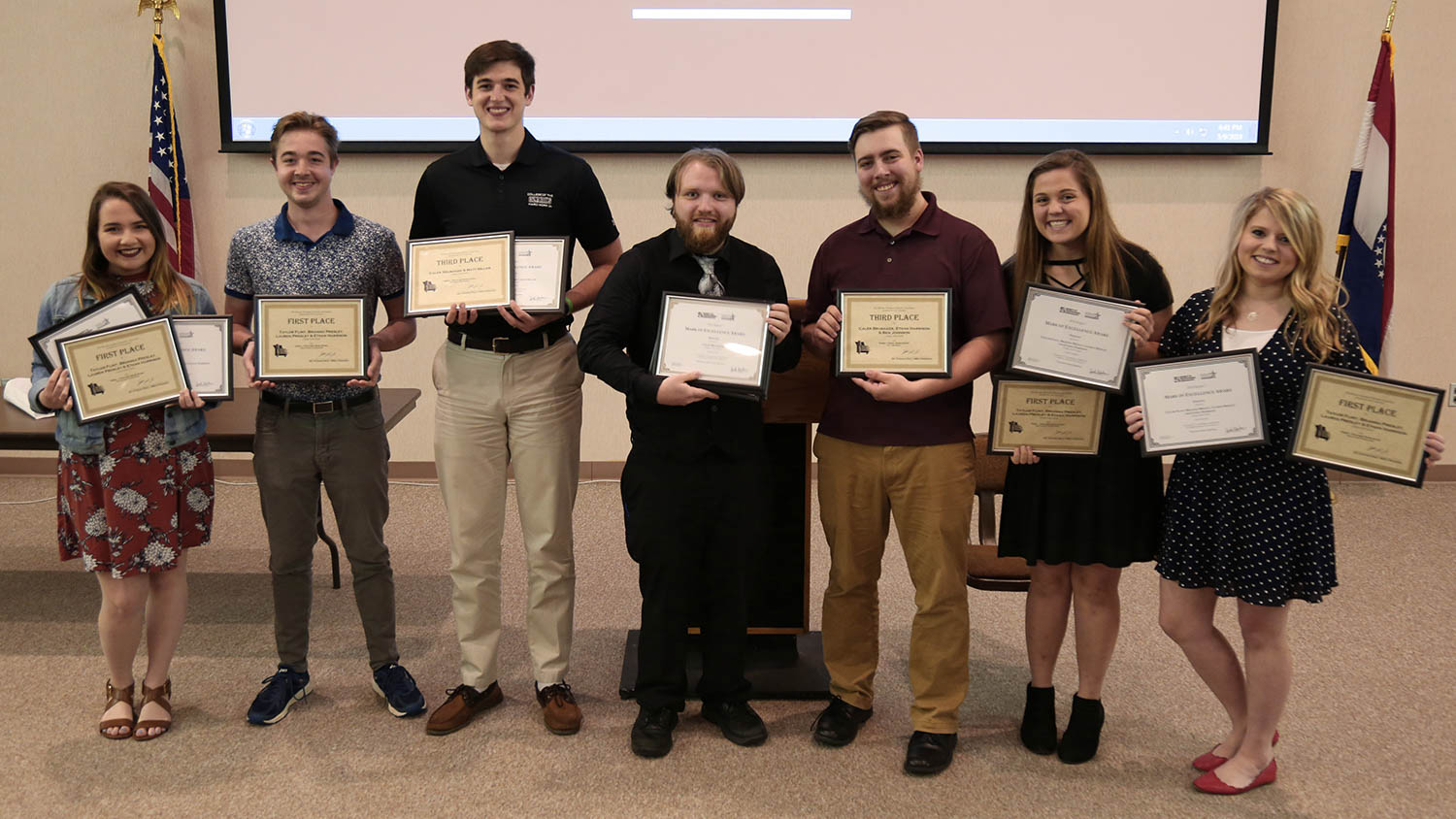 College of the Ozarks student-produced newscast, “The Point,” received three awards from the Missouri Broadcast Educators Association (MBEA) and has been honored by the Society of Professional Journalists (SPJ), the oldest organization representing journalists in the United States.

Senior Taylor Flint and juniors Ethan Harrison and Brianna Presley, all video production majors, along with recent C of O graduate, Lauren Presley, received first place in the category of “Feature News” for their submission “The Littlest Cheerleader.”

The Missouri Broadcast Educators Association membership is open to all public and private universities and community colleges in Missouri. MBEA works to encourage and coordinate educational and instructional activities related to broadcast education statewide.

The Society of Professional Journalists

“The Point” was also honored with “Mark of Excellence” awards by the Society of Professional Journalists. “The Point” earned first place in both “Television Feature Reporting” and “Television General Reporting.”

Finalists in “Television Feature Reporting” were Brubaker and Micah Redding, C of O graduate, for “Night to Shine Brothers” and Flint, Harrison, Brianna Presley, and Lauren Presley for “The Littlest Cheerleader.”

The Society of Professional Journalists is the nation’s most broad-based journalism organization, dedicated to encouraging the free practice of journalism and stimulating high standards of ethical behavior. Founded in 1909 as Sigma Delta Chi, SPJ promotes the free flow of information vital to a well-informed citizenry through the daily work of its roughly 6,000 members, works to inspire and educate current and future journalists through professional development, and protects First Amendment guarantees of freedom of speech and press through its advocacy efforts.