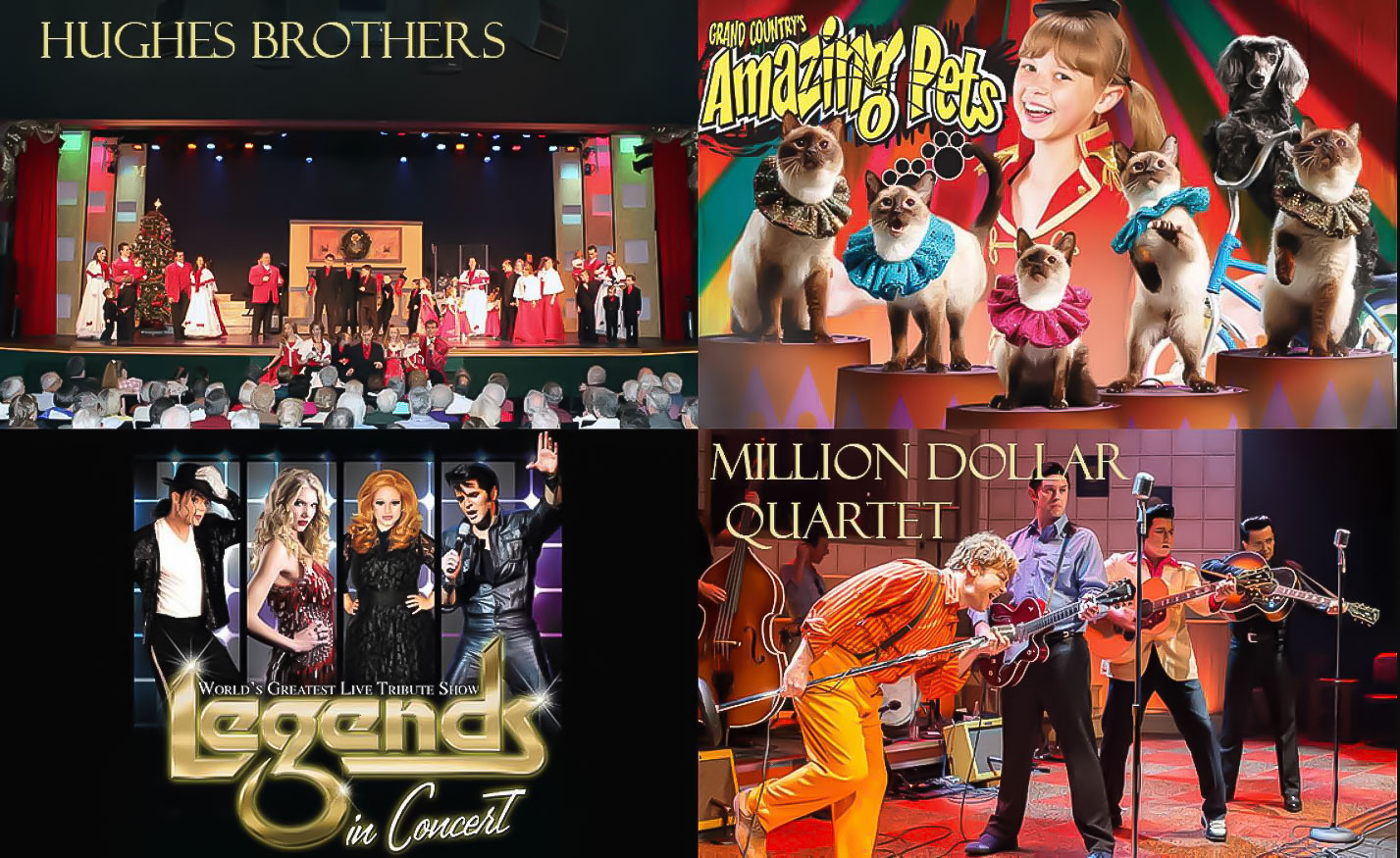 “If you’re looking for excitement, fun, and entertainment during your Christmas vacation then Christmas Week, the week between Christmas Day and New Year’s Day, in Branson is the place for you!” said Preston Garrison, Business Unit Manager, for the Branson Tourism Center. He points out that although there’s a misconception that there’s not much to do in Branson during Christmas Week, that’s simply not the case.

Although many of Branson’s shows are closed, many of its most popular shows are open, as is Silver Dollar City with its Old Time Christmas, and most of Branson’s other attractions. From butterflies and tigers; to drive through Christmas lighting displays; acrobats; museums; world class shopping; golfing, indoor and out, weather permitting; and New Year’s Eve celebrations, Christmas Week in Branson is full of the fun, entertainment, and shopping that Branson is noted for.

Here’s a list summarizing just some of the major highlights:

Silver Dollar City’s Old Time Christmas Festival: Silver Dollar City’s Old Time Christmas Festival is one of the Nation’s top Christmas events. The award winning 1880s styled theme park is aglow with over 6.5 million sparkling Christmas lights, including 1.5 million added just last year for its spectacular “Christmas in Midtown.” The park’s Broadway styled shows including “A Dickens’ Christmas Carol’ and “It’s A Wonderful Life;” unique shopping; food; weather permitting, dozens of exciting rides; and demonstrating craftsmen are just some of what the Festival offers. At dusk, each evening, the 5-Story Special Effects Christmas Tree in the city square comes to life, with its 350,000 colorful sparkling LED lights, choreographed to Christmas music, and making over 100 light changes per second. “The most famous reindeer of all” leads Rudolph’s Holly Jolly™ Christmas Light Parade through the square. The parade amazes with its musical floats, illuminated with 200,000 ultra-bright LED lights; 33 colorful costumed characters, including Bumble the Abominable Snow Monster, 14-foot moose characters, 12-foot tall elves and 10-foot candy canes, penguins, and a troupe of marching wooden soldiers.”

Branson Shopping: Branson’s legendary shopping is “always” open and Branson’s Christmas Week is no exception. From the outlet malls such as “Tanger Outlet” and “The Meadows” and the unique “Branson Landing,” with its 100 retail stores, restaurants and entertainment venues; to the shops of Historic Downtown Branson, featuring “Dicks 5 & 10;” and specialty shops offering arts and crafts and one of a kind items, Branson’s Christmas week shopping should not only satisfy the most avid shopper, but just might have a few “after Christmas sales” to boot.

Branson Tourism Center’s Garrison points out that the off season scheduling of shows, limited seating, possibility of winter weather, and the fact that some Branson lodging facilities are closed requires some thought and advance planning. He suggests that an easy way to get the most current information, avoid problems, save time and, in many cases money, is by simply calling the Branson Tourism Center, toll free at 1-800-785-1550 and talking with one of their Branson based Travel Planners. They will be delighted to answer any questions and assist in making any show or lodging reservations. There is absolutely no charge for this service.