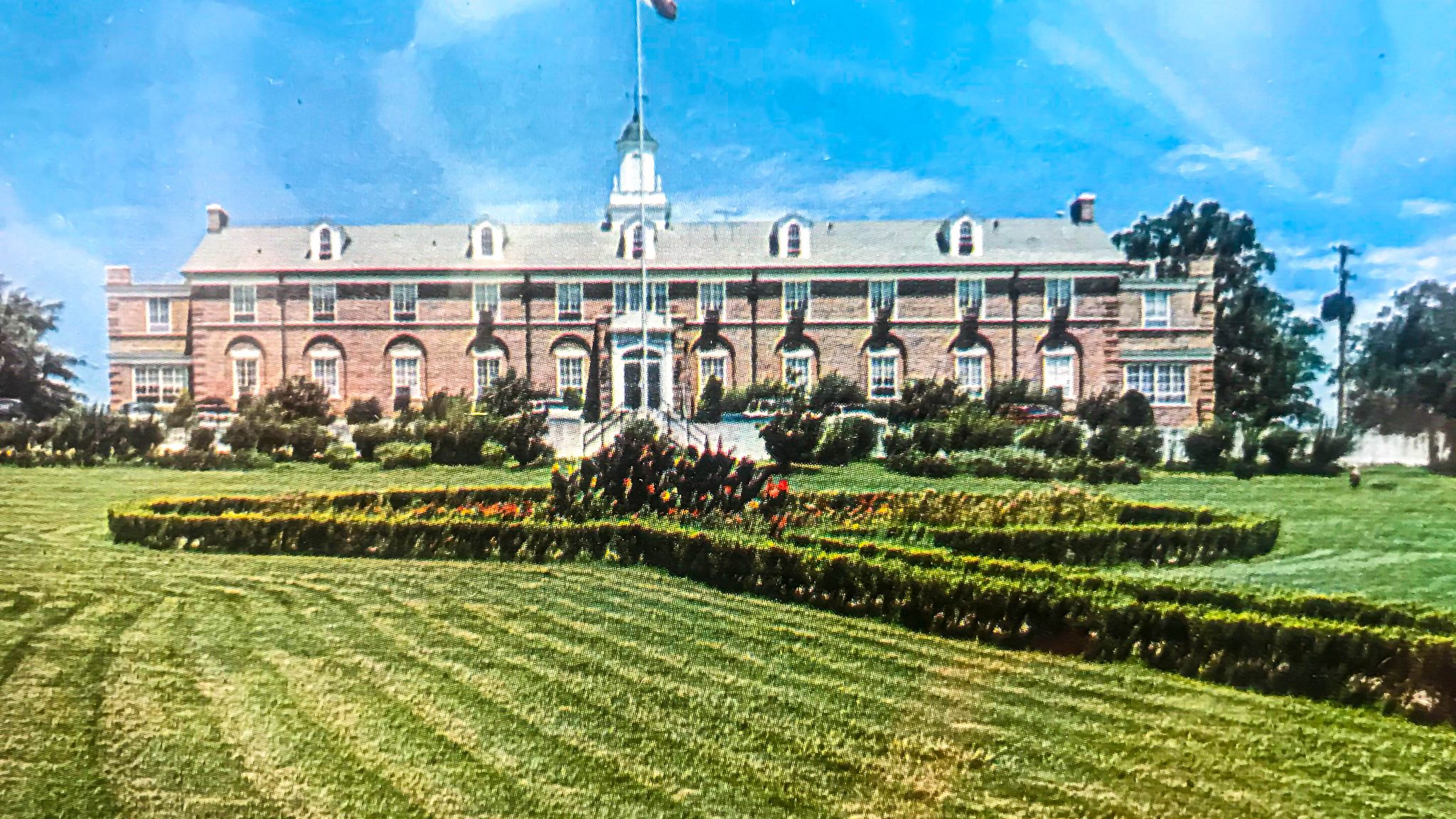 After 70 years of compassionate care in the community, the mission that drives Cox Branson remains as strong as the bricks that built it: To improve the health of those it serves.

While the original brick hospital is still the pillar of the medical center’s campus, new expansions have nestled in beside it to accommodate seven decades of growth – seeing Branson bloom from rural town to booming tourist destination.

That old building may seem smaller now but, in 1950, the grand structure was the talk of the town. Rumblings to build it began a few years earlier when local businessman M.B. Skaggs, the founder of Safeway stores, witnessed a child die before she could be transferred to Springfield for treatment. M.B. and his wife Estella knew in that moment that Branson needed a hospital and they began rounding up support to build one.

Mr. Skaggs challenged local residents to donate as much money as they could to pay for a community hospital and he promised to match the funds. Nineteen business leaders chipped in for the construction, making way for Skaggs Community Hospital to be built for approximately $250,000.

The completed building was given to the community as a gift with citizens asked to equip and furnish the facility. The Skaggs family contributed another $50,000 to get the hospital ready for patients. On January 8, 1950, the hospital opened its doors with 25 beds, five physicians and six nurses aides.

More than 1,500 locals toured the hospital on opening day. An article written for the White River Leader that weekend described the facility as “the best modern construction engineers can provide” stocked with “the best medical equipment that can be used.” The Skaggs family had seen their dream come true and were excited for people in the area to have access to quality health care in their hometown.

Branson mayor Edd Akers fondly remembers being only 8 years old watching the hospital go up. By the time he was 11, he was an unofficial employee working hard to keep the facility’s lawn in shape. “My brother and I had two little push mowers and we’d mow the entire grounds for 25 bucks. It took us about two days to finish and by the time we got done, it was almost time to mow again,” he says with a chuckle. “Dad would take us to the dime store and we’d spend our money on wooden airplanes and passes to the city pool. I feel so blessed to remember that story.”

Akers’ loyalty to the hospital continued long after his lawn mowing days were done. He went on to serve on the Board of Directors in the 1990s. Today, as mayor, he realizes the historical significance of Branson getting a hospital, saying a city with good schools and quality health care is vital to attract new residents. “Getting this hospital was a game-changer for our community,” he says. “Reflecting on how folks came together to make it happen just shows the true spirit of Branson.”

That same spirit helped shape the culture among staff through the years. Jan Harper, the nurse who pioneered the current cardiac rehab program, reflects on those early days. “In the 1970s, there would be one RN on duty at night covering the medical floor, labor and delivery and the ER,” she says. “We even answered the police phone if the officer was out making rounds.”

Harper says even though the staff was small, their commitment to patients never wavered, even when the weather got bad. “We’d all stay the night at the hospital if it snowed or got icy,” she says. “And the doctor would ride a horse to town to check on patients. We just had ways of making it work.”

Long-time employees like Harper have witnessed quite the evolution in medical advances through the years. “The changes have been incredible. I started teaching CPR and advanced cardiac life support (ACLS) and helped open the first Intensive Care Unit in 1972,” Harper recalls. “Before that unit opened, there were three of us working doubles to care for critical patients. We were blessed to witness the hospital grow from its early roots to its modern day medical center. In a way, it’s the house that built me.”

While the hospital continued to advance in all areas of diagnostics and treatment, as decades went by, some growing pains became apparent.  Skaggs Community Hospital was struggling to meet growing needs due to decreased revenue and lack of other funding sources. In January 2012, Skaggs President William Mahoney approached the board with an idea to keep the hospital relevant in changing times and keep quality health care in Branson by finding a strategic partner.

After an 8-month search, the board narrowed 12 potential partners down to two and, in a 96-0 decision, trustees voted to join CoxHealth. CoxHealth, which is headquartered in Springfield, planned to invest $60 million in the hospital, including building and equipment upgrades.

Just one year after the agreement was signed, the hospital broke ground on a 63,000-square-foot expansion of the Emergency Department and Critical Care Unit, presenting a $30 million investment in the community. In addition, CoxHealth made a $25 million investment in the Skaggs Foundation to improve the health and wellness of residents in Taney and Stone counties. The remaining funds were invested into capital equipment needs over the first five years of the agreement. Under the partnership agreement, Skaggs Regional Hospital officially became Cox Medical Center Branson on January 1, 2013.

Even though the future of rural health care in America stands on shaky ground, Cox Branson continues to thrive – and expand – in the community.

“Community hospitals all over America are closing,” says Lynne Yaggy, chief nursing officer and VP of Clinical Services. “But here we are, growing and providing the most innovative care for those who need us without losing that hometown hospitality. That’s a legacy I know that Skaggs family would be proud of.”

When everything is breaking down around you, you can still come to us and be comforted, protected and uplifted.

The hospital prides itself on a culture it says can’t be matched – that feeling that every employee and patient is family. “My hope for our future is to continue to fulfill our mission and keep that culture strong so all who come here feel the difference in our care,” says President William Mahoney. “Our hospital is not just an economic engine for our community. It is – and has been for 70 years – a safety net and house of healing for those in need. When everything is breaking down around you, you can still come to us and be comforted, protected and uplifted. That legacy is possible because the Skaggs family’s dream created such a strong foundation for all of us now and into the future.”